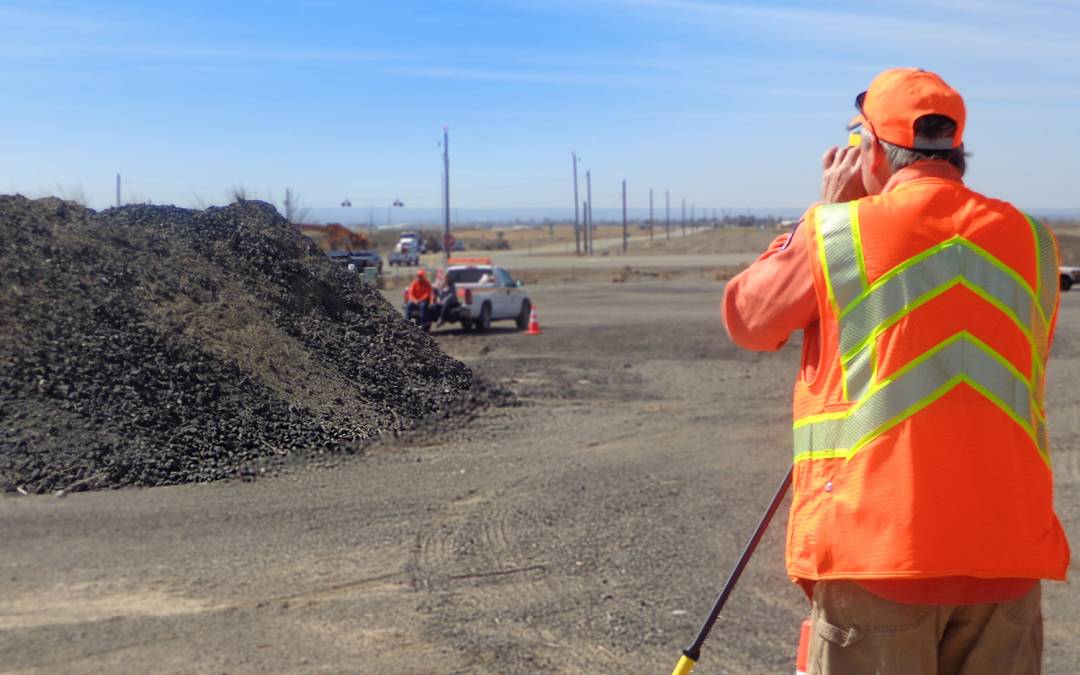 There are several ways to measure the volume of a stockpile and each method has trade offs. Some methods are costly, some are dangerous, and others just plain aren’t accurate (think one eye open with thumb out front).  Hiring an airplane to fly over piles can break the budget pretty quick.  Hiring a surveyor to walk a pile collecting topo points can be costly, dangerous, and you may not get your data back for a few days.  And as it turns out, experience, paces, and the old eyeball method of squaring off a pile comes back inaccurate and inconsistent.  There is, however, a cost effective way to measure stockpile volumes that is safe, accurate, quick, and efficient.  Laser Technology has developed a one-man operated stockpile measurement system that won’t require you to walk on piles, and you can have an accurate volume of your pile on the spot and on-site.  This is the system that the Idaho Transportation Department (ITD) has found to be an effective and efficient tool for the job.

At least once per year ITD is required to take an inventory of all the materials they have stockpiled at various locations and facilities throughout the state.  These materials range from aggregate, to gravel, to salt.  Materials like these are valuable and inaccurate reporting of how much material is on hand can cost the agency considerable amounts of money if they order more material than they need for the coming year or if they come up short on a project.  The methods used for measuring stockpile volumes in the past varied widely from site to site depending on who did it and how.

ITD District 4 out of Shoshone, Idaho first approached Frontier Precision about a better way to do things in 2013.  They adopted the Laser Technology system in early 2014 and now they have a solution that provides the accuracy and standardized method they were looking for.  Operations personnel have been measuring stockpiles in a consistent manner ever since.  Other ITD districts have taken notice and begun to follow suit. 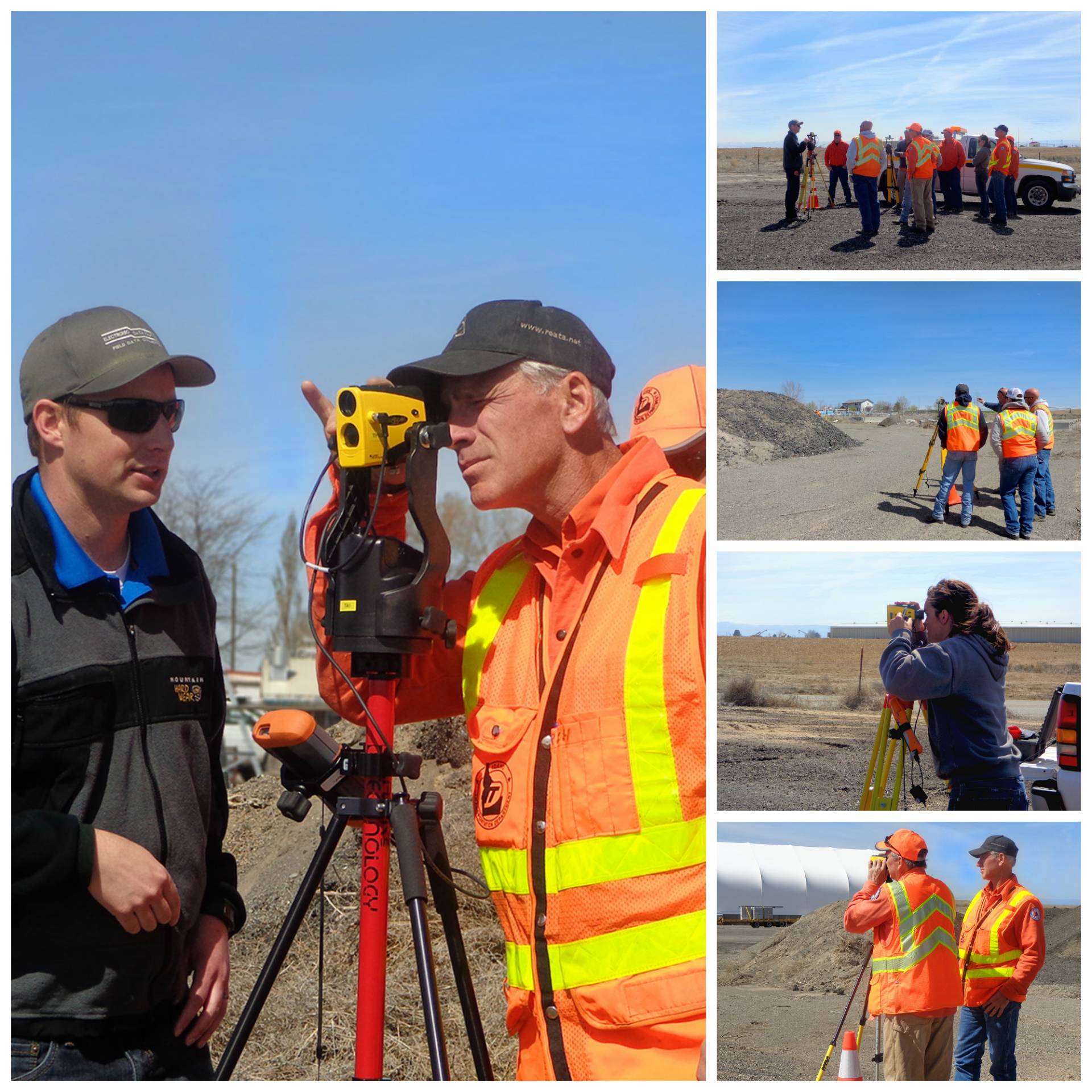 Shooting a pile may take anywhere from 15-45 minutes depending on the size and complexity of the pile.  Most salt piles are covered under large canopies which presented a challenge for other methods.  These piles are often pushed up against walls and, being under shelter, GPS surveys and flyovers were not viable options.  The Laser Technology system works even in these challenging environments.

This stockpile system can be configured in a few different ways but consists of three main components: a TruPulse® laser rangefinder, a field computer or data logger (like the Juniper Systems® Archer 2™), and LaserTech’s MapSmart® + Volume software.  Some ITD users also use the MapStar® TruAngle® angle encoder to get more accurate azimuth measurements, especially in yards where the magnetic compass in the TruPulse 360 experiences significant magnetic interference from structures (like the steel-framed salt sheds) or heavy equipment.  With proper use of this system, an operator can measure the volume of a stockpile to within 3-10% of actual. 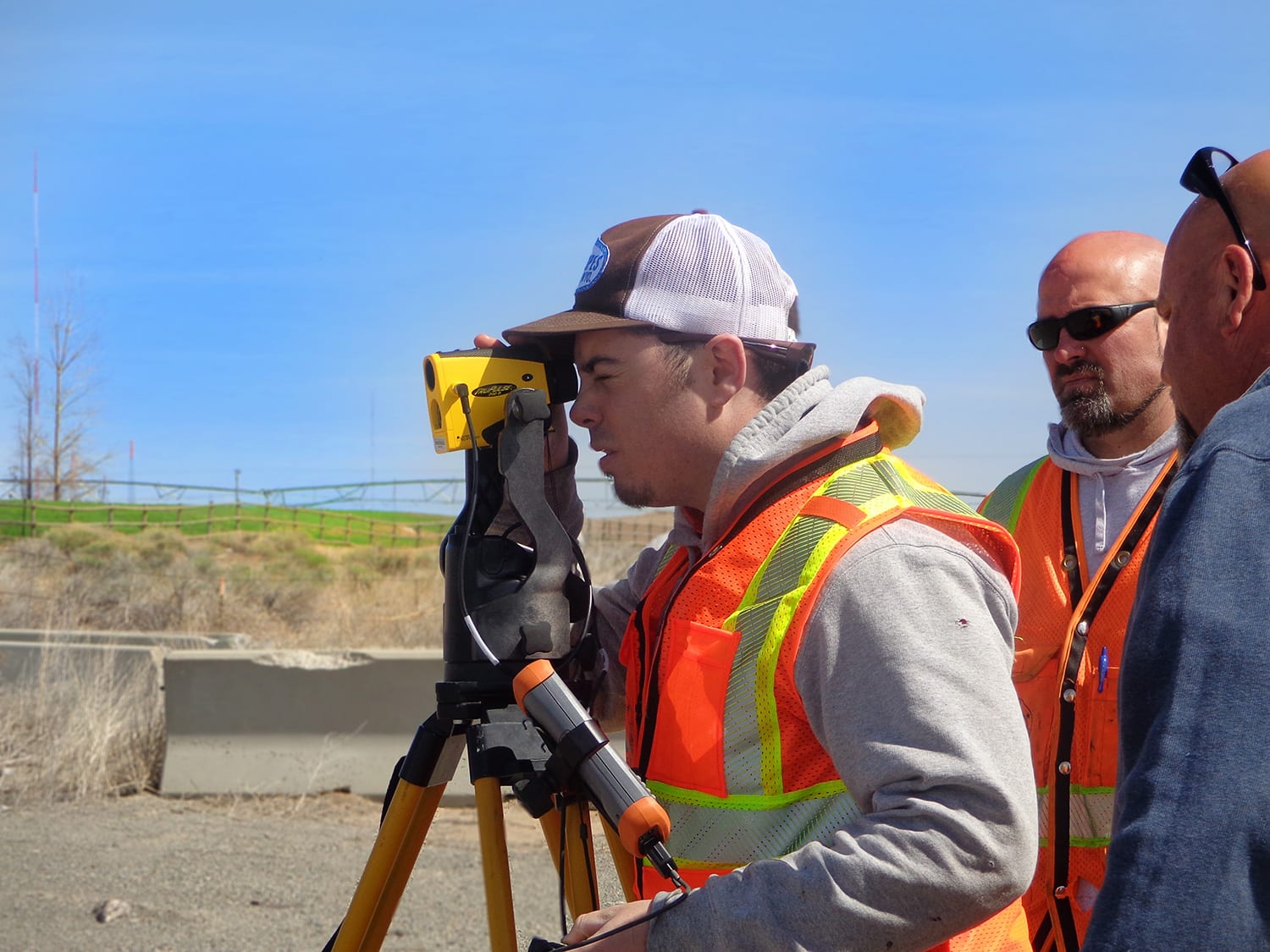 Once data are collected by field personnel, the volume and even the weight of the material can be calculated right there on the spot in the field and a set of data files can then be exported from the MapSmart software on the handheld field computer.  ITD District 4 operations and maintenance personnel collect and verify the data in the field.  They then submit the data files to their GIS analyst, Sydney Lewis, who reports on and keeps records of the information. Regarding the impact of this newly adopted method, Sydney Lewis stated, “The Laser Technology system has improved ITD’s stockpile volume measurement work flow by not only simplifying the process and increasing employees’ safety, but also improving accuracy during our annual inventory.”

How do you measure your stockpiles?  For more information, pricing, or to schedule a demonstration of this stockpile measurement system, contact us!