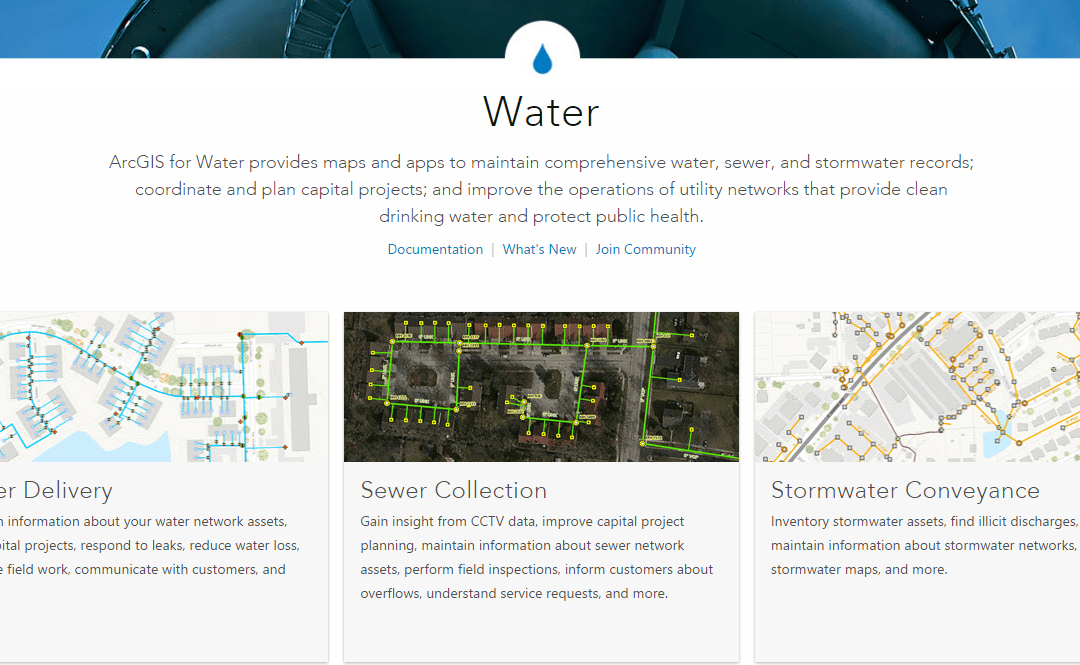 GIS-based Water Utility apps from Esri’s Local Government Information Model are improving the way field crews and citizens use and interact with water, sewer, and storm water GIS data by enabling field personnel to actively participate in communicating with the GIS department and with citizens.

Frontier Precision (formerly Elecdata) has worked with the City of Twin Falls for many years providing high-accuracy data collection hardware, software, and training.  Now we are also helping the city to implement some of the maps and apps available from Esri’s Local Government Information Model.

Multiple objectives were identified at the city’s public works department, including migrating water and sewer GIS data into a standard schema, providing better access to this data in the field, enabling field crews to find and report water outages electronically, communicating more efficiently with citizens, and reducing calls to the city regarding water restrictions and outages.  Boil orders are relatively common in the older parts of town, and the public works department works hard to continually improve communication with its customers.  By migrating data to the Local Government geodatabase water and sewer networks, and implementing the Water Isolation Trace, Outage Viewer, Map Change Request, and Water Restriction maps and apps, we hope to help in achieving these objectives and improve workflows and communication.  The City of Twin Falls GIS system is well-established and well-managed, and we have been able to leverage their ArcGIS Server and ELA (Enterprise License Agreement with Esri) to assist in these tasks.

The biggest challenge of the project was the data migration… isn’t data management always the biggest challenge?  The City of Twin Falls is a long-time user of Trimble mapping hardware and software, and TerraSync was, and still is, used to map most of the assets in the field.  Over the years, data dictionaries have evolved to accommodate new and changing data collection requirements.  This resulted in varying attribute values and inconsistent field naming conventions.  The city desired a standard schema moving forward.  The Local Government geodatabase provided that standardization and was modified only slightly to accommodate some additional layers and specific attribute needs.  Domains were reduced to be more appropriate for the city’s assets.

The city’s field crews continued to collect additional data in the field and many users were accessing the water and sewer data from day to day, so it was important that there not be a long period of down time as data was migrated.  Therefore, Frontier Precision decided to leverage the Data Interoperability extension to build an ETL (Extract, Transform, Load) tool that would allow us to automate the migration.  Once the tool was ready, the city shut down data collection and data access for only one day.  Frontier migrated all data to the new schema, updated data dictionaries to match, replaced the old data on the server, and helped to ensure that any maps and scripts that touched this data remained intact and functional. 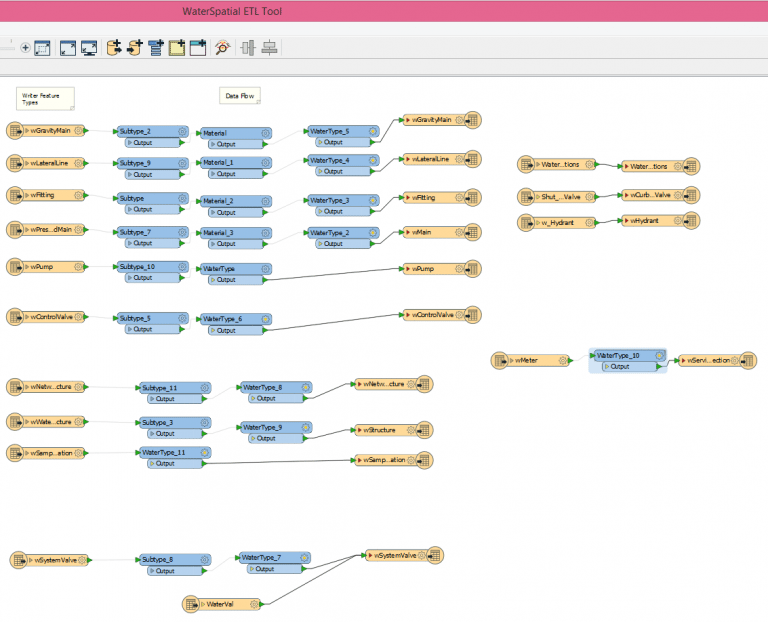 The Isolation Trace application was the biggest target for this project.  However, this application does not work without a working geometric network.  This had not been set up in the existing data.  To make data entry as efficient as possible, the local government geometric network was edited by adding rules to ensure the correcting fittings and valves were created as water lines were connected.  The network is now functional enough to run the geoprocessing tool hosted on the city’s server, but the work is ongoing to connect all the meters in the city to the main lines and update all the connections with the proper valves.  The functionality of the trace application will continue to improve as this work continues.

City of Twin Falls field crews work with laptops in the field and utilize Cityworks software for many of their asset management tasks.  This existing access to secure GIS data allowed Frontier to easily configure web applications to run on these field laptops.  The four major applications that were created for the City of Twin Falls’ water department include two secure applications: a Map Change Request app and the Water Isolation Trace app, and two public-facing apps: the Water Restriction and the Outage Viewer app.  Additionally, Frontier had configured the Water Alert app, but the city preferred to have outage and boil order information all available in the same application.  Frontier modified the applications slightly to combine the two applications and add some additional layers suggested by the users.  For additional details and demonstrations of these applications, look for our upcoming webinar on this customer story.

For additional information on Frontier’s GIS Services and to discuss how we may be able to help you, contact Chase Fly – chase@frontierprecision.com.