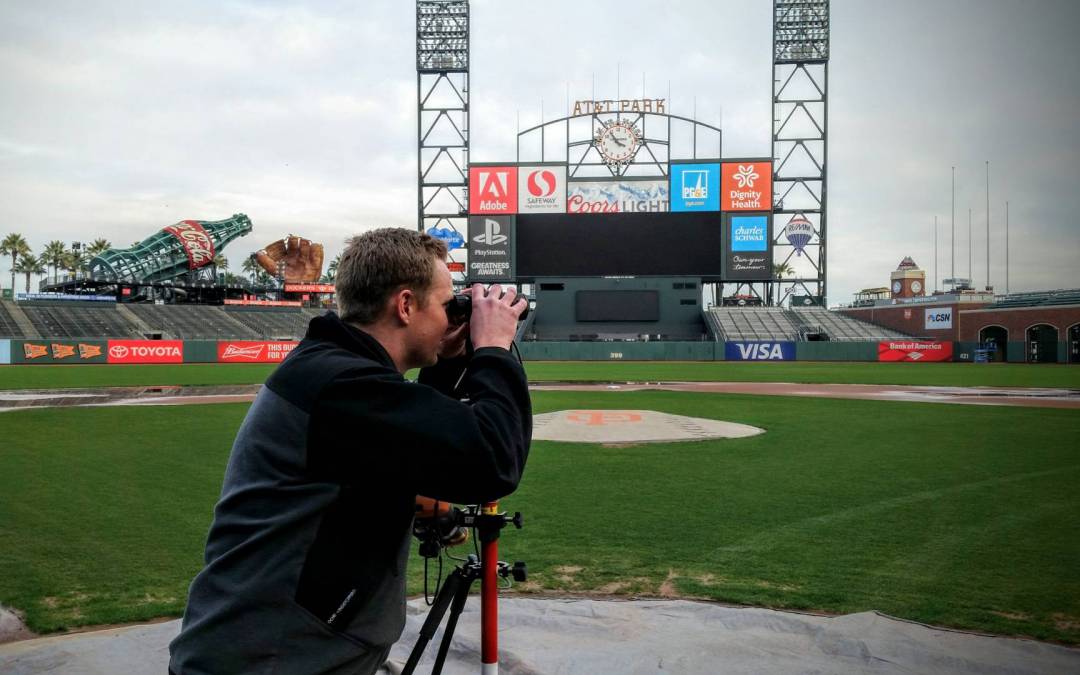 It’s not every day one gets to spend on home plate at AT&T Park where the San Francisco Giants play baseball in front of thousands of spectators at the field and millions watching on TV. When a client came to Frontier Precision asking for a more efficient and accurate way to map assets and features surrounding a Major League Baseball field, I was given the opportunity to demonstrate a unique mapping system for a one-of-a-kind application. I was originally asked about using a high-precision GNSS mapping system, but given the challenges of many pro and semi-pro baseball stadiums (some enclosed, limited view of the sky, urban areas, access to points that need to be mapped, etc.) I steered the client toward a non-GNSS mapping system, a laser-based system from Laser Technology, Inc.

The primary goal was to be able to design backstop safety netting systems, the expansion of which has been a priority during the 2016 pre-season following an initiative where Major League Baseball encouraged its teams to expand these nets. “Teams will be encouraged to add netting, or some sort of protective barrier, to shield fans from balls and bats that sometimes go into the stands in all field-level seats between the near ends of both dugouts and within 70 feet of home plate.” (Paul Hagen, MLB, December 9, 2015, MLB recommends netting between dugouts) Teams quickly jumped on board and were urgently seeking the assistance of Frontier Precision’s client to design and install safer, updated netting systems as quickly as possible. 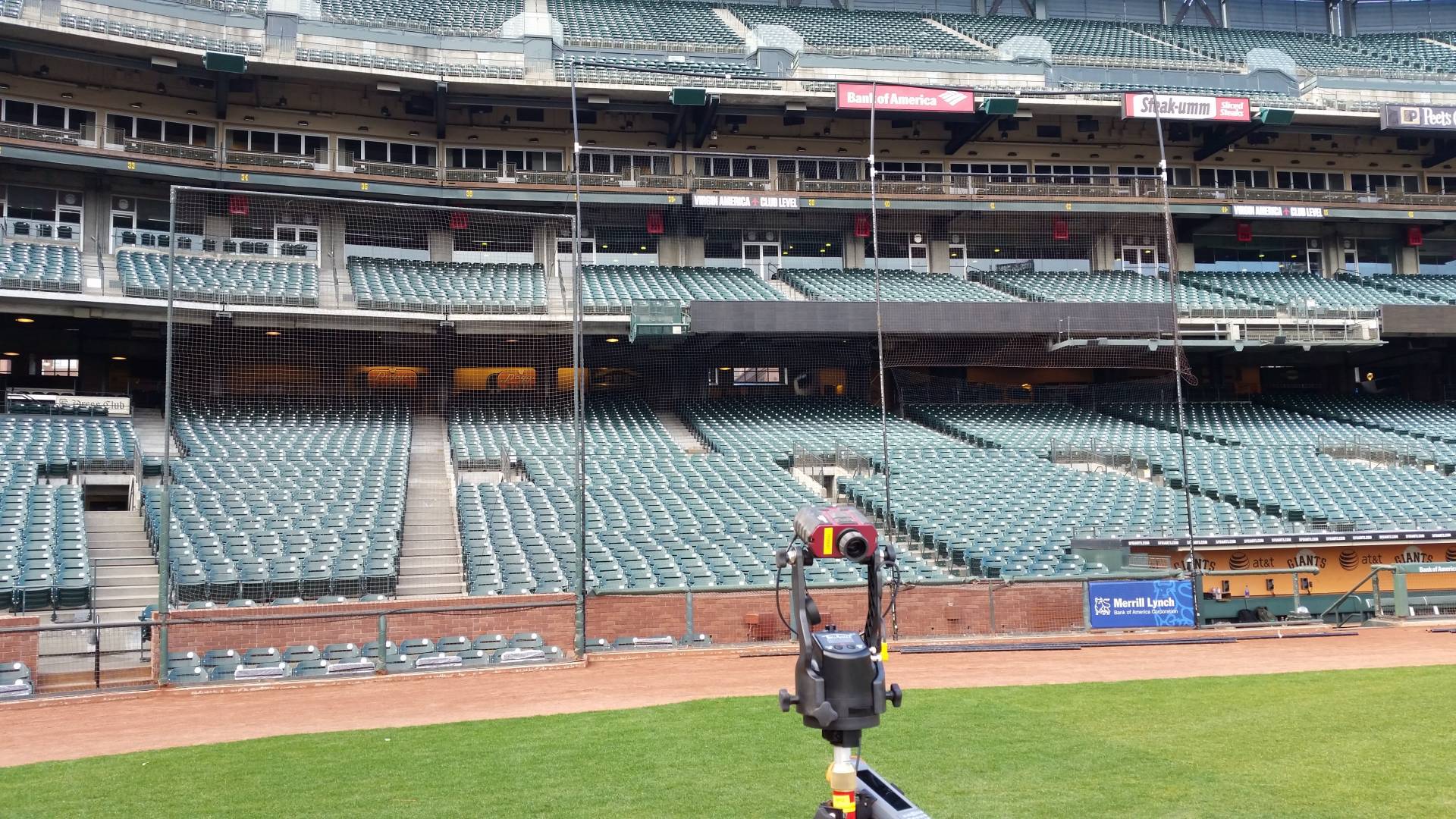 The client’s goal was to be able to visit the baseball stadium and leave with the information and measurements required to calculate the right amount of time and materials (cable, netting, and hardware) to complete the job as well as to provide accurate cost estimates for the team. Gathering the necessary information consists of taking in-the-field measurements, relative to home plate, of things like dugout roof corners, attachment points for cables around the stadium, and dimensions of existing netting systems.

The mapping system I proposed consisted of the TruPulse 200X laser rangefinder, the TruAngleangle encoder, and MapSmart software from Laser Technology as well as the Archer 2 rugged field computer from Juniper Systems. Prior to the client purchasing a system, they asked me to provide an on-site demonstration at the San Francisco Giant’s ballpark. I was happy to oblige! 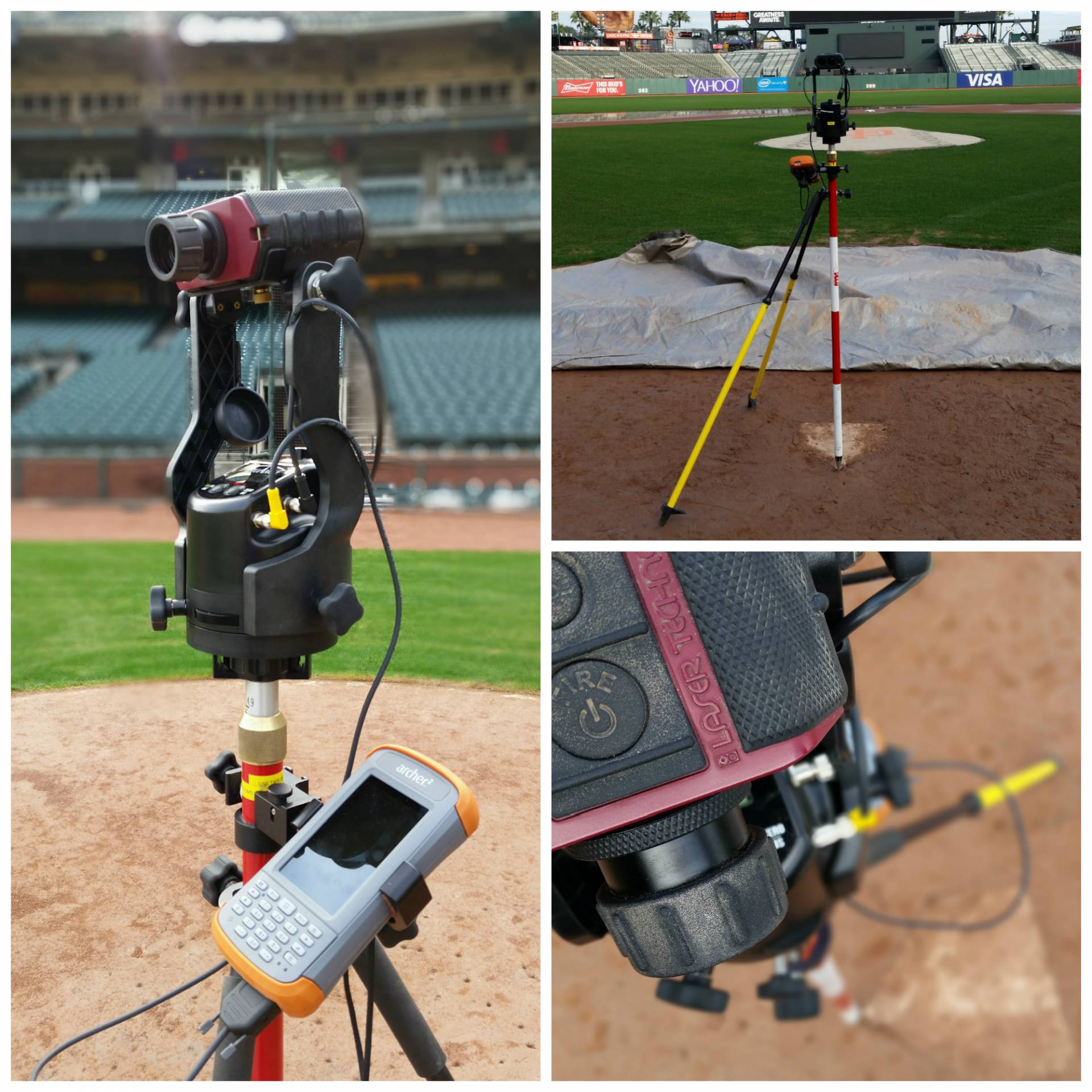 Once arriving to the stadium and being granted access to the field on a mild San Francisco day in January, I set up the equipment over the tip of home plate. In short order we had mapped out every feature they were interested in and then some, without ever leaving home plate. We reviewed the map on-site and later exchanged data so their engineers could bring it into a CAD system to design the new netting system and build an estimate. 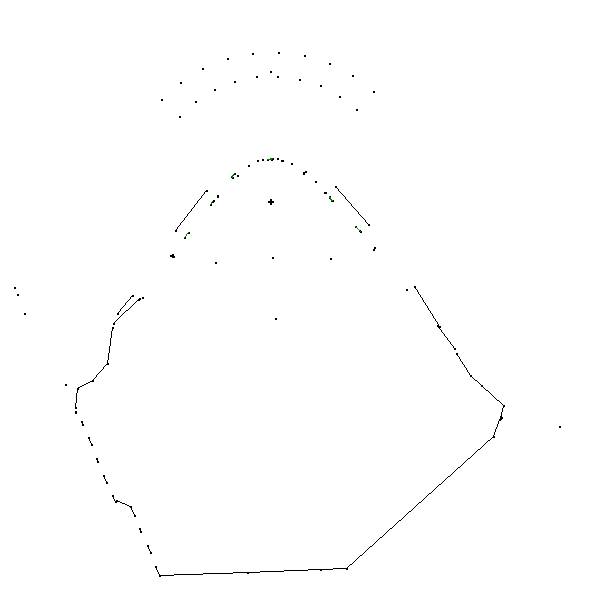 The Laser Technology mapping system not only provided significant cost savings compared to high-precision GNSS, but it enabled Frontier Precision’s client to efficiently take accurate measurements in the field in an environment that would not be suitable for GNSS mapping. The client has since acquired their own system and has successfully mapped many baseball stadiums throughout the country with minimal training.

Whatever your mapping or field data collection needs may be, know that you can contact Frontier Precision who can provide a cost-effective solution capable of accomplishing even the most unique (and fun) tasks!