The M750D is the most commonly purchased of our imaging sonar lineup. The dual frequency capability makes this sonar great for short and long-range operations.

The Blueprint M750D is a dual-frequency multibeam sonar that offers high resolution imagery up to 120 M, an integrated velocimeter for improved accuracy, and a peak operating frequency of 1.2 MHz.

Sonar for Search and Recovery

In Search and Recovery operations, First responders looking for evidence or drowning victims typically sweep an area using side scan sonar, identify potential targets and then investigate those targets to see if it is in fact the victim.

Cameras and diver’s eyes often are unable to effectively search due to poor visibility underwater. An imaging sonar is the best tool to then re-identify the target, since oftentimes side scan data does not produce an exact location (so navigating back to the potential target can be difficult). Once the target is re-identified, the sonar can be used to continue to track the target as you move closer, and when you get close enough, it can even be used to perform the visual verification.

In inspection operations, particularly in murky water applications, it can be difficult to use just a camera to get an understanding of the condition of a structure.

For example, when inspecting the hull of a ship, you want to see if there are any major defects or corrosion, damage to the coating, zincs, anodes, propeller, check the coating condition, check if the hull needs to be cleaned. 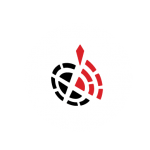